The Traffic is insane

This is mostly directed at Mexico City and the surrounding areas. About 8.5 million people live in Mexico city and the greater Mexico city area popular is 23 million. Which when the majority of the work and things to do are in Mexico city, leads to some pretty crazy traffic times. The only really viable time to travel is the weekends, or at night – which most people don’t recommend but you’re fine as long as you lock your doors and stick to main roads.

On the same topic, the traffic laws are fairly up for interpretation as some roads often feel more like an episode of wacky racers than any structured traffic laws, with drivers often attempting filtering manoeuvres that would make a motorcyclist blush.

If you’re looking to avoid traffic, however, the metro is extensive and incredibly cheap. At 5 pesos for any destination, ( about 25 pence ) you can travel quickly and at a very affordable rate.

the majority of taxis I’ve been in, Mexico city and further beyond, don’t seem to care about seatbelts with most hidden from site and most people don’t seem to wear them. As someone back home who religiously wears one (strange considering I ride a motorbike) this is an uncomfortable experience at times. You can, however, ask for them to put the seatbelts back or wave them on for another taxi or Uber. In the uber cars, this is usually not a problem.

For one of the most populated cities in the world, the pollution isn’t that noticeable. 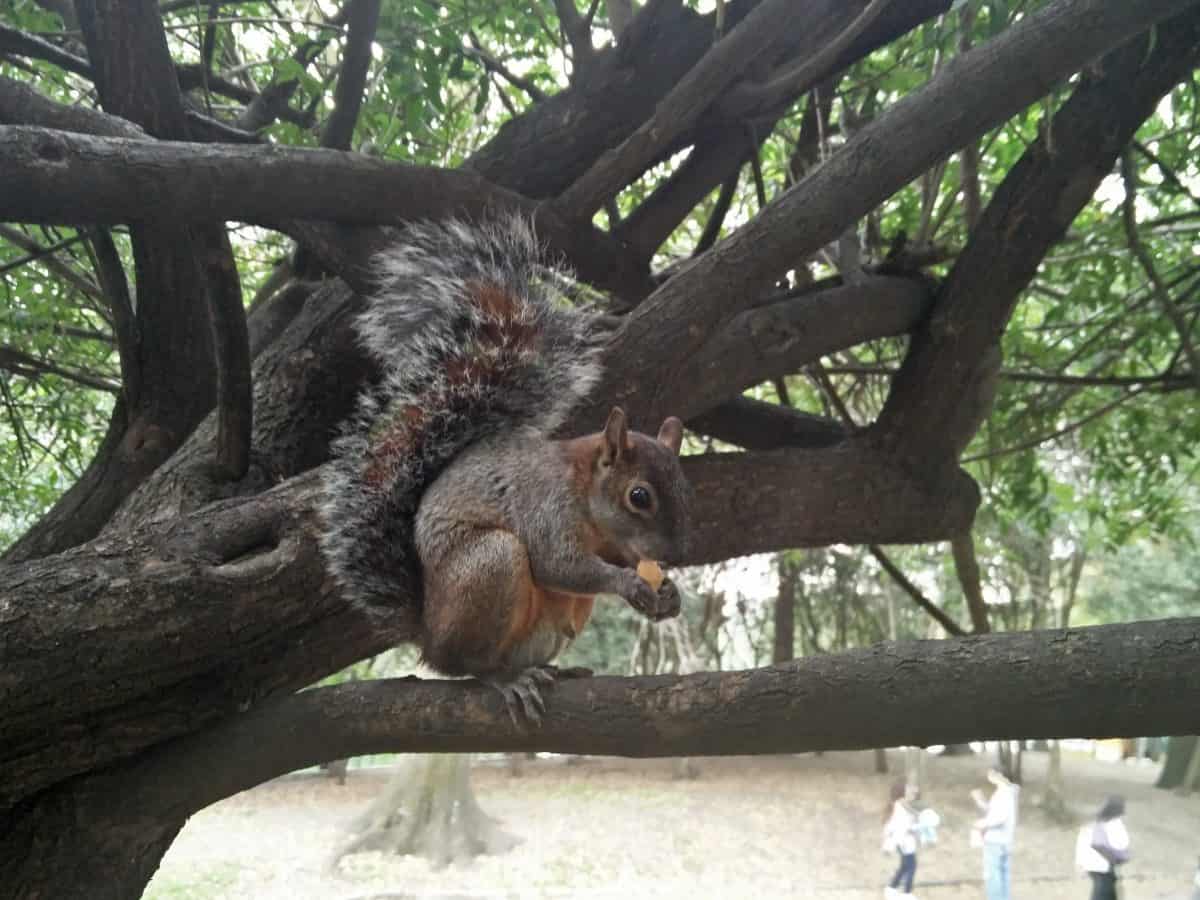 Credit Mexico City for having some pretty good city infrastructure, some strict MOT laws designed for lower emissions by separating newer vehicles and heavy emission vehicles into different MOT categories. The lower MOT categorized vehicles are then only permitted to drive in Mexico city on certain days, reducing traffic & pollution. Additionally, Mexico City has plenty of roadside vegetation, trees & parks spread throughout it.

Being from cold fresh air Ireland, I can quickly notice pollution in most areas I visit. Beijing, Shenyang was definitely noticeable with the smog clouds and New York airport was similar. Mexico City for all the traffic and low wind wasn’t that noticeable.

The food & Drink is exceptional 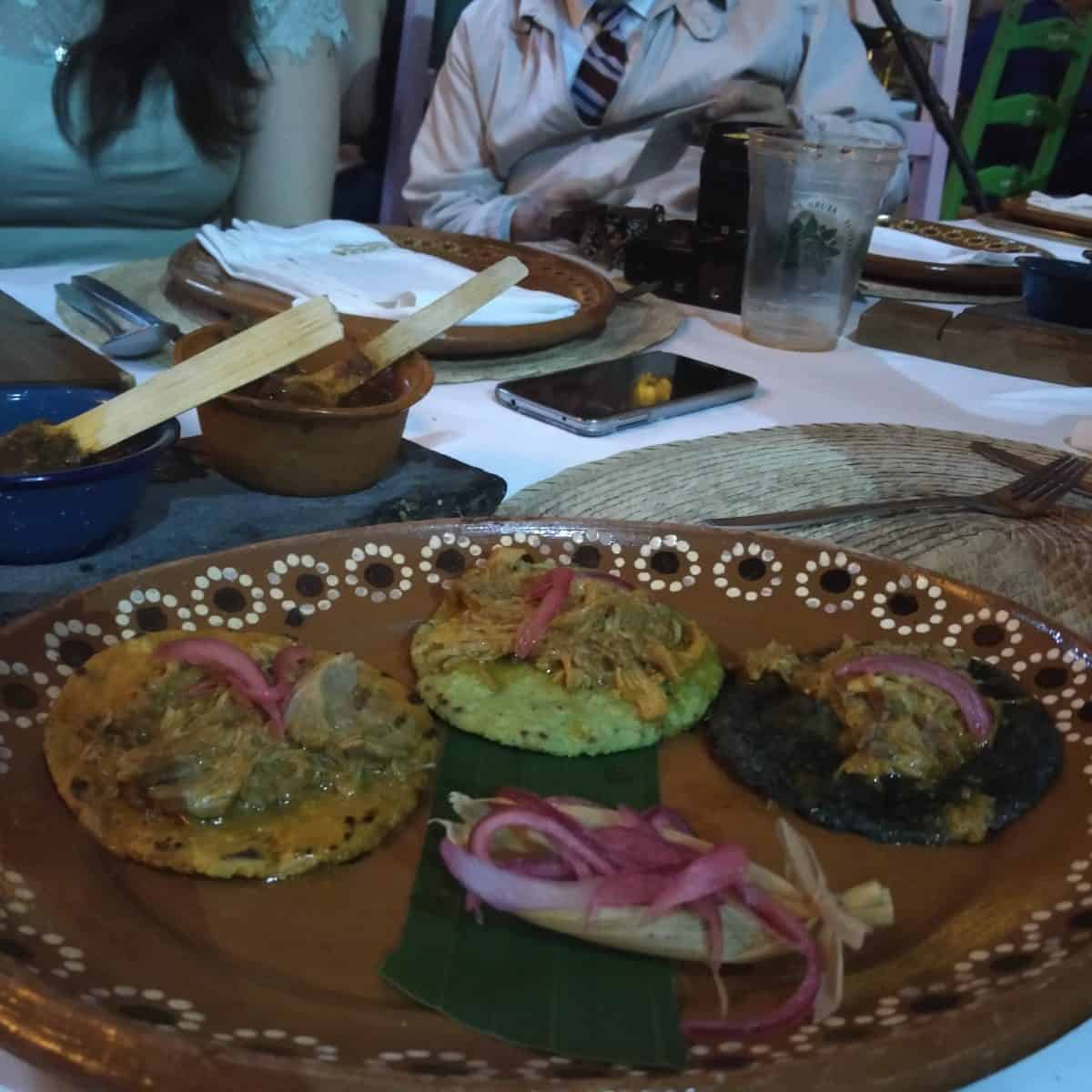 Mexican street food is so good, that UNESCO added it to their representative list of the intangible cultural heritage – that is a list of cultural treasures worth preserving. Coming from Ireland where most food is served in bars, restaurants or mostly takeaways. Seeing the sheer volume of street merchants selling street food was the first vastly different cultural experience. The weather and the extreme poverty ratio between the rich & poor have somewhat to do with this. However, the food itself, almost exclusively corn-based should be on your bucket list for things to try. This isn’t Tex-Mex food like nachos or “Mexcian food” you’ll find in restaurants elsewhere. Some of my favourites include gorditas, pompasos and quesadillas. 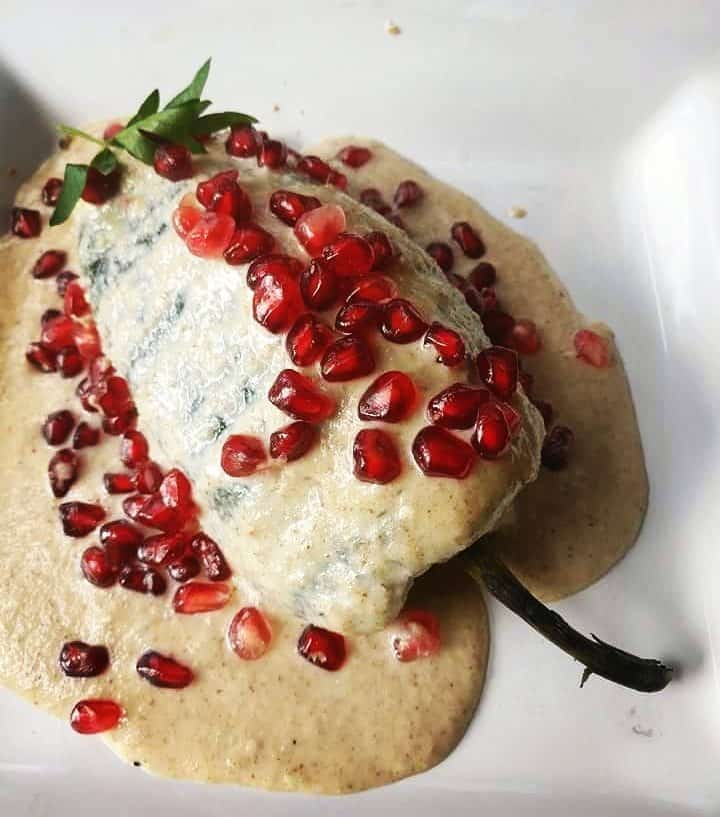 Further contributing to why the food is so delicious both in the local markets and street food is the sheer abundance of fresh organic food. Meals are almost exclusively homemade and not many places sell processed food. I can confirm, however, the meat in particular beef is much better back home thanks to our continual pissing down rain keeping the grass so green for our grass-fed beef.

There are many interesting cocktails to try out and the drinks are cheap & affordable but easily the standout star compared to every other culture / geographical location I’ve been to are the Mexican beer cocktail known as Micheladas. Normally the idea of a beer cocktail would sound to most people (particularly the Irish) as a laughable waste of beer. Micheladas, however, has become my favourite drink – the Clamato & Cubano mixtures to be specific as every michelada is different, especially depending on the area you visit.

It is also worth noting, however, if you’re a first time visitor or haven’t visited in over a year. You will likely suffer the Montezuma curse due to the bacteria in the water that your immune system is not used to.

Mexico city is full of art museums, history museums respected worldwide like the national history museum of anthropology. Areas of historical significance like Xochimilco, the pyramids of the sun & moon at Teotihuacan and there’s a huge selection of things for the family to enjoy like Six flags, aquariums, zoos and more. When Mexico citizens want to escape the rat race of city life, they can head to La Marquesa which is pretty close 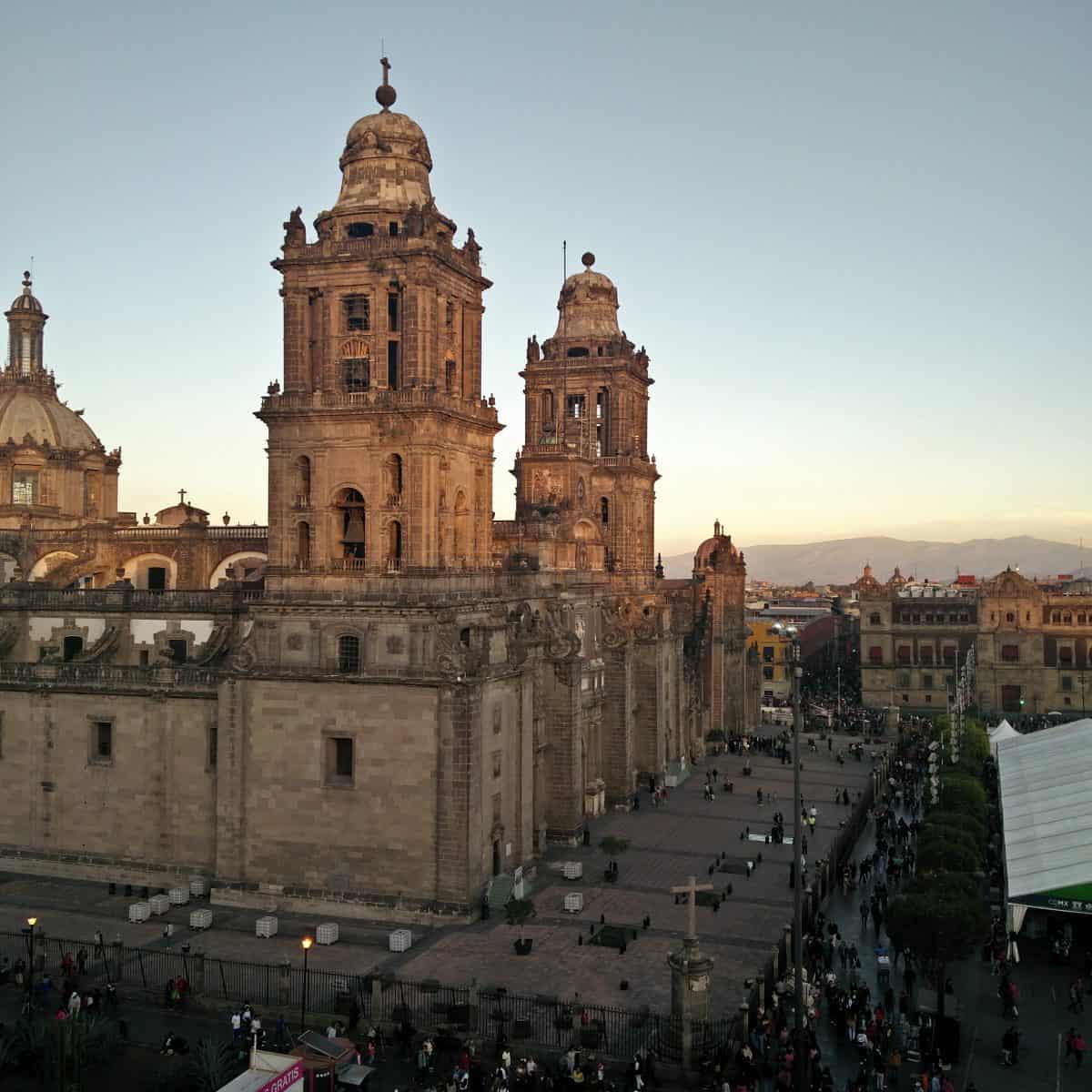 Particularly interesting are the cultural influences on Mexico city from the Spanish. In the picture above you can see the Metropolitan Cathedral dominating the city center, which is actually built on top of some Aztec buildings. Just a stone’s throw away from the cathedral is the “Museo del Templo Mayor”. A museum dedicated to ruins discovered of a great temple, which had been lost until just about 30-40 years ago. This great temple is supposed to be the marker of where the Mexicans were told to found Mexico City by their god Huitzilopochtli, who marked their promised land with an eagle with a snake in its mouth, perched on a nopal cactus. This by the way – is the symbol on the Mexican flag. 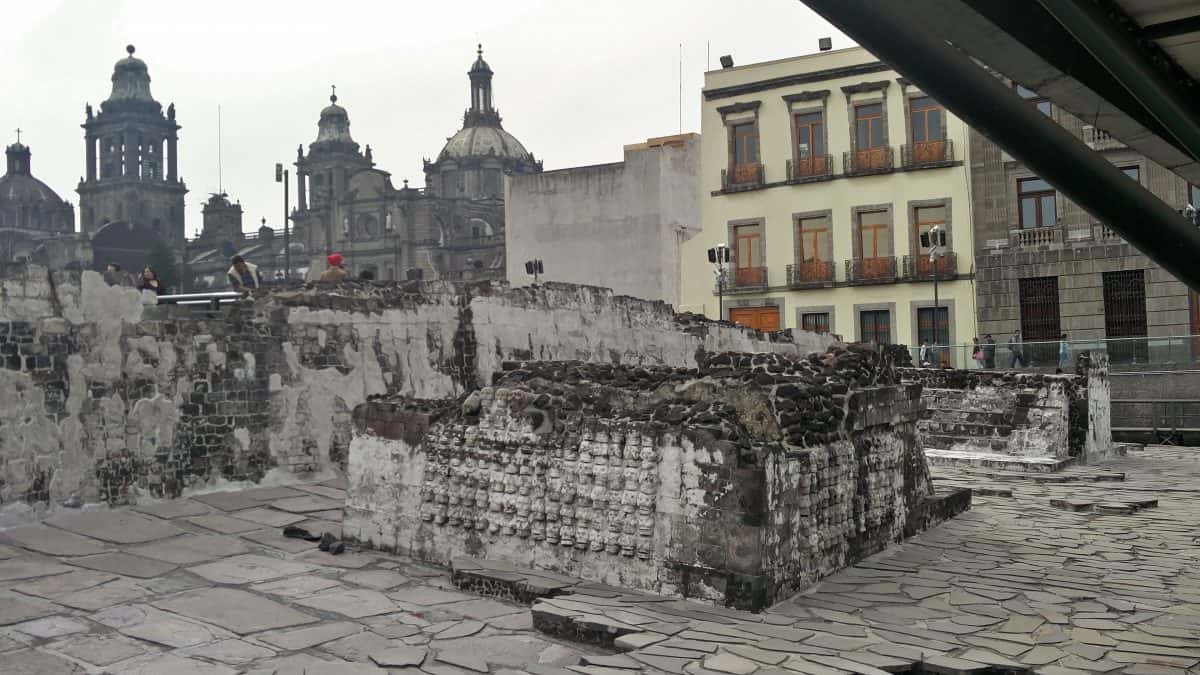 The history of the Mexicans goes well beyond Aztecs and Spanish invasion however but that would be an information overload for a 5 things list!

It’s built on a lake 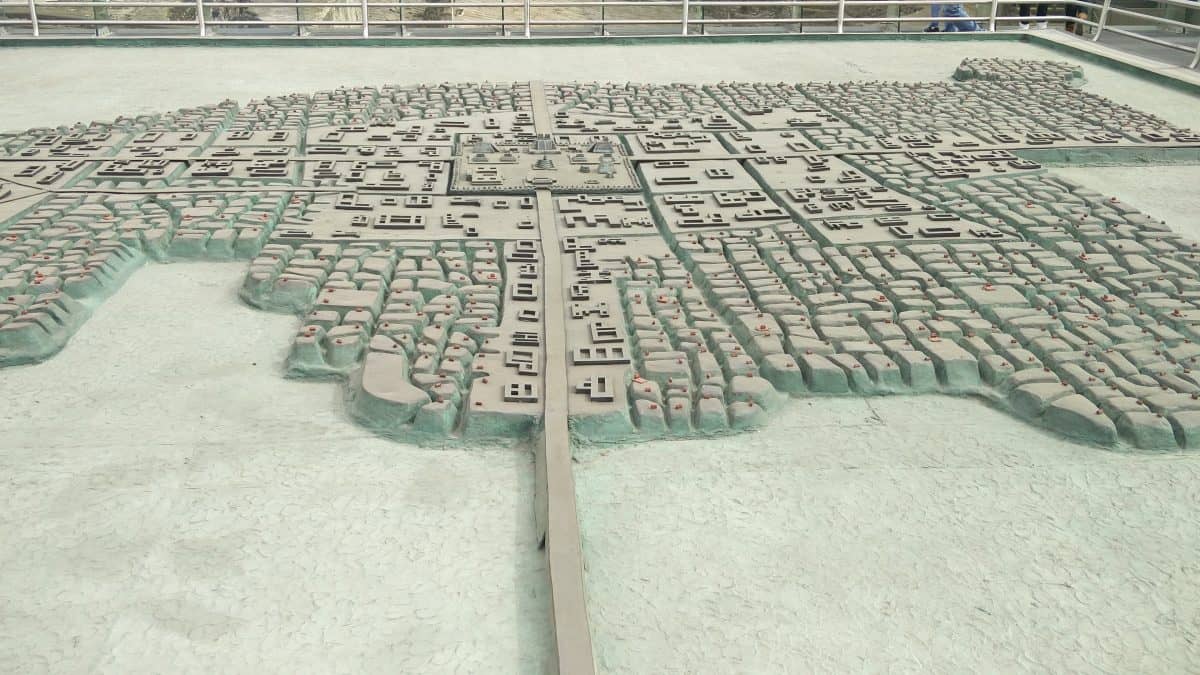 If you fly over Mexico city, it sure looks like a sea. A sea of buildings, not water though.

What’s incredible about Mexico city is the entire city is built on a lake, the populace used to travel and send goods by boat to the other sections of the city which were connected by canals; you can still see this at Xochimilco.  After years of modern engineering, the lake has been drained out but this brings its own problems. Mexico city is actually sinking about a metre per year.