My Coco review, experienced during the height of the day of the dead festivities and in the central location of Mexican culture – Mexico City. 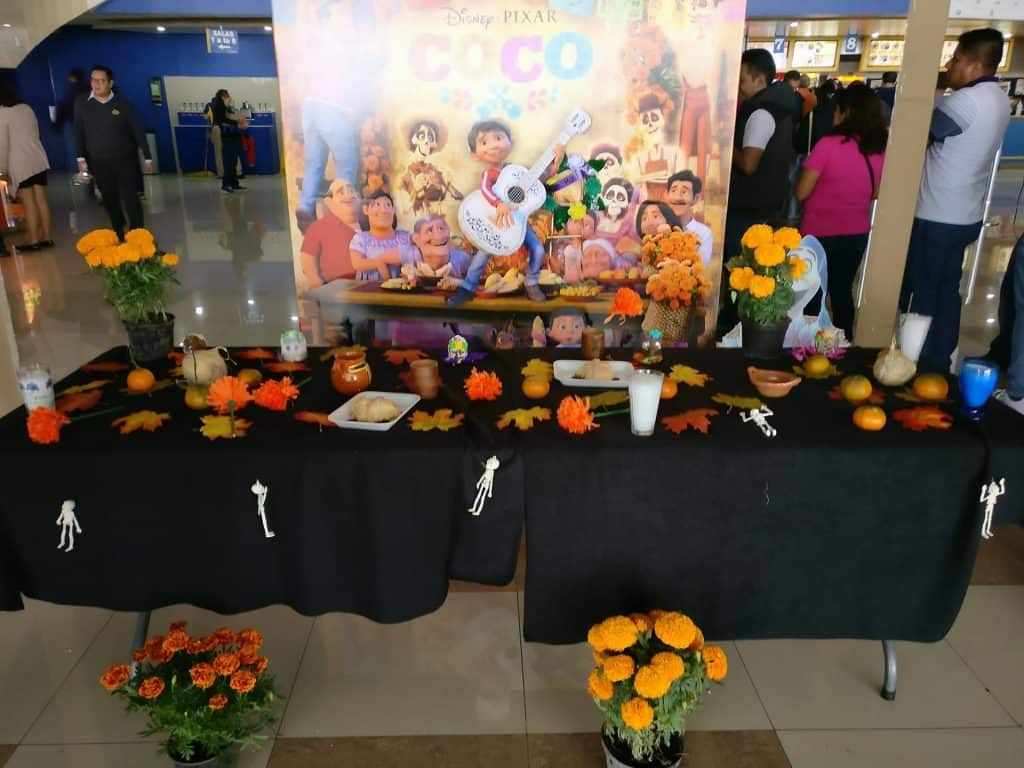 I remember coming out of the cinema wondering why my social feeds weren’t swamped with Coco related posts, after all Coco had just released ( October 27th ) and we had seen it that weekend. Turns out Coco doesn’t release until next week in the United States (22nd November) and even more surprisingly – next year in the United Kingdom ( January 19th, 2018 ).

Given the theme of the film is the Day of the Dead these delayed release dates are a little odd.  The Day of the Dead (Día de los Muertos) was also the original title for Coco, however, another animation film is coming out with the same name which has been 10 years in the making and had delayed its release as to not coincide with Coco given Disneys massive marketing draw 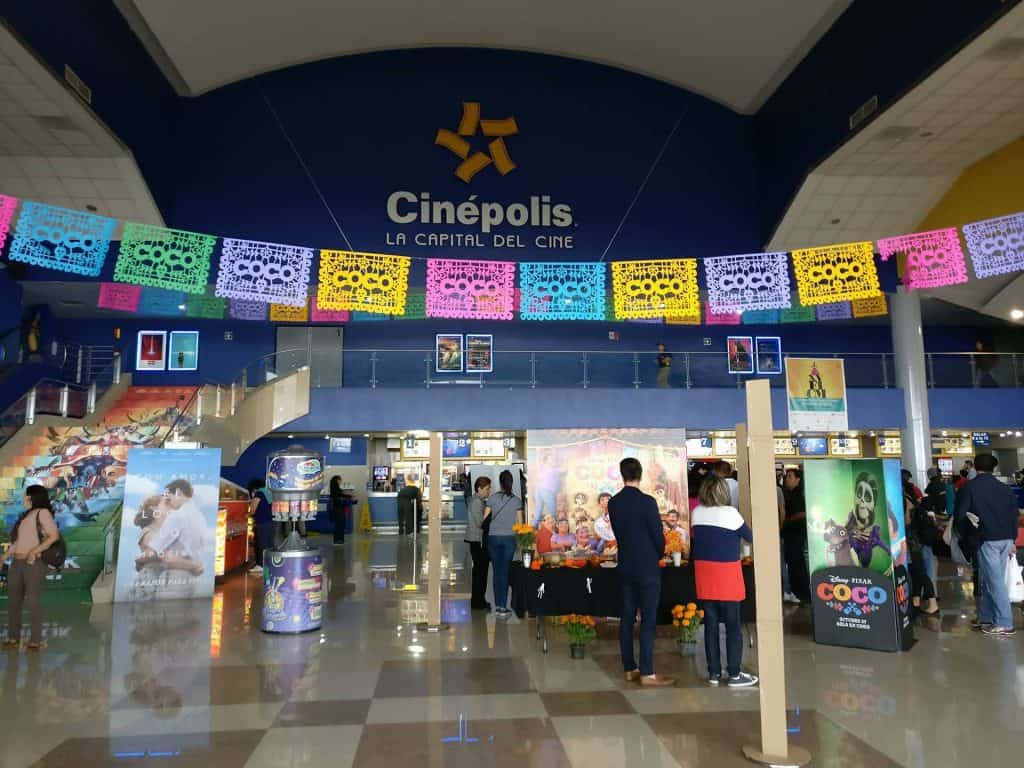 Having spent my 2nd consecutive Halloween and Day of the Dead in Mexico, I have a good insight into Mexican culture around the event. The film itself runs fairly true to the beliefs and culture of Mexicans and doesn’t go overboard on explaining the rituals for those who have no insight into Mexican Culture.

Coco is themed around ofrendas, which are hugely important in Mexican culture and Day of the Dead celebrations. It also makes some nice gestures towards the orange flowers commonly seen decorating the streets of Mexico – orange marigolds or Cempasuchil. The flowers are intended to guide the souls to the ofrendas. In the film, the flowers act as a bridge allowing the dead to pass from the land of the dead to the land of the living. This among other small touches showed the Disney team put a solid amount of effortinto the research of this iconic film. 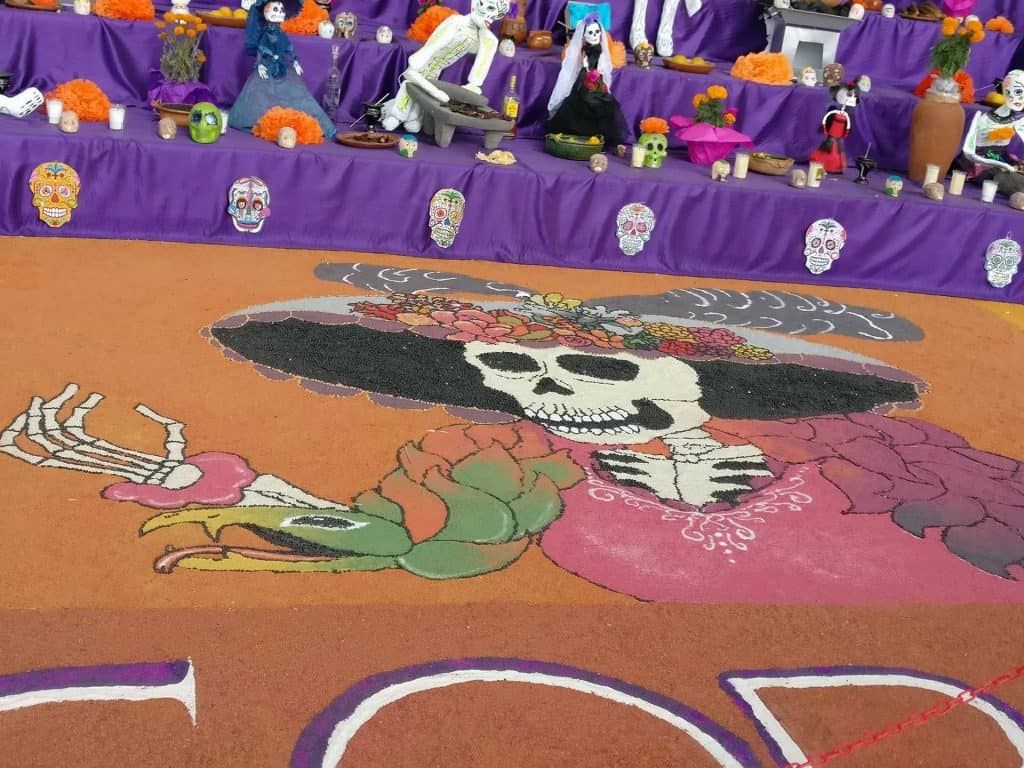 The artwork of the ofrenda in the cinema above was decorated with pedals of Cempasuchil, a common style of artwork for the ground near ofrendas.

The ofrendas themselves are decorated with items which are of meaning to the person who has passed, often including a picture of the deceased. Also vital to this ritual are 4 elements. Earth – often represented by salt, air which is represented by papel picado. Fire with candles & water held in a container or cup.

Having limited Spanish, surprisingly I didn’t really struggle understanding the movie as the animation of the characters expressions is fantastic as is normal with Pixar films. The film flows well, the characters are likable and the soundtrack is fantastic. There’s plenty of laughs throughout the film as well as a tearjerker or two.

I won’t spoil the movie too much but I will say it’s one of the best Disney films I’ve seen in the last decade and offers a great insight into a fantastic culture. The storyline is enjoyable from start to finish and there are no filler moments, there is a plot twist or two to keep the film interesting and engaging. I’d highly recommend Coco to any family or even young adults.

The film, despite some intital backlash online from mostly United States news sources was well recieved in Mexico and Disney even contributed a float to the Día de los muertos parade in Mexico city. 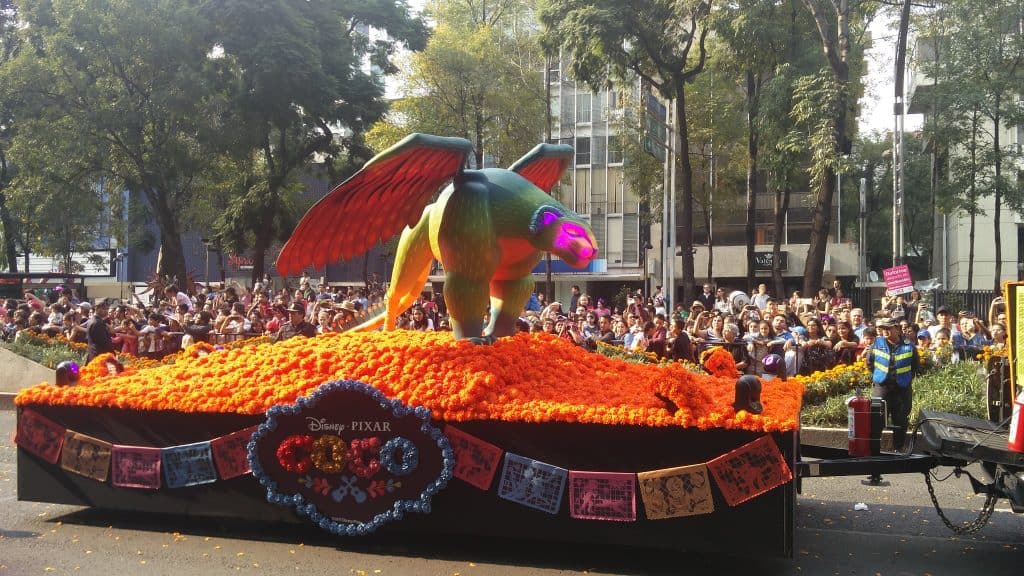