We just finished visiting Mazunte, Mexico for a second consecutive year. Both times we stayed only a weekend so having friends in the area with all important local knowledge is a life saver.

Last year we experienced the once in a lifetime opportunity to swim with wild dolphins and the experience was fantastic, terrifying and very humbling. The knowledge that these incredibly intelligent creatures could kill you with relative ease in the water especially in the numbers that were there, shows the general kindness of these creatures. The dolphins were also really playful with the sea turtles that the local region is famous for.

Then we swam with the #dolphins #amazing . Gutted I didn't bring the go pro #experience of a #lifetime #pacific #ocean #mazunte #sea #nature #video #flock #latergram

Last year we also visited the local Laguna Ventanilla with a tour including the river with the alligators & iguanas which populate the area. The crocodiles were hard to get photographs of as they were mostly chilling under the dense roots of the trees that surrounded the rivers and I didn’t think at the time sticking my camera hand out for a closer look was a good idea. The Iguanas however you could feed with leaves and they were easily spotted as they’d come close for a look at the boats and likely in the knowledge of an easy meal.

The ‘red team’ we went on the tour with are using the money collected for the reserve tours to rebuild the surrounding environment which was destroyed in hurricanes. It should be noted the area is the farthest thing from a zoo so you’d do well to stick close to your tour guide. 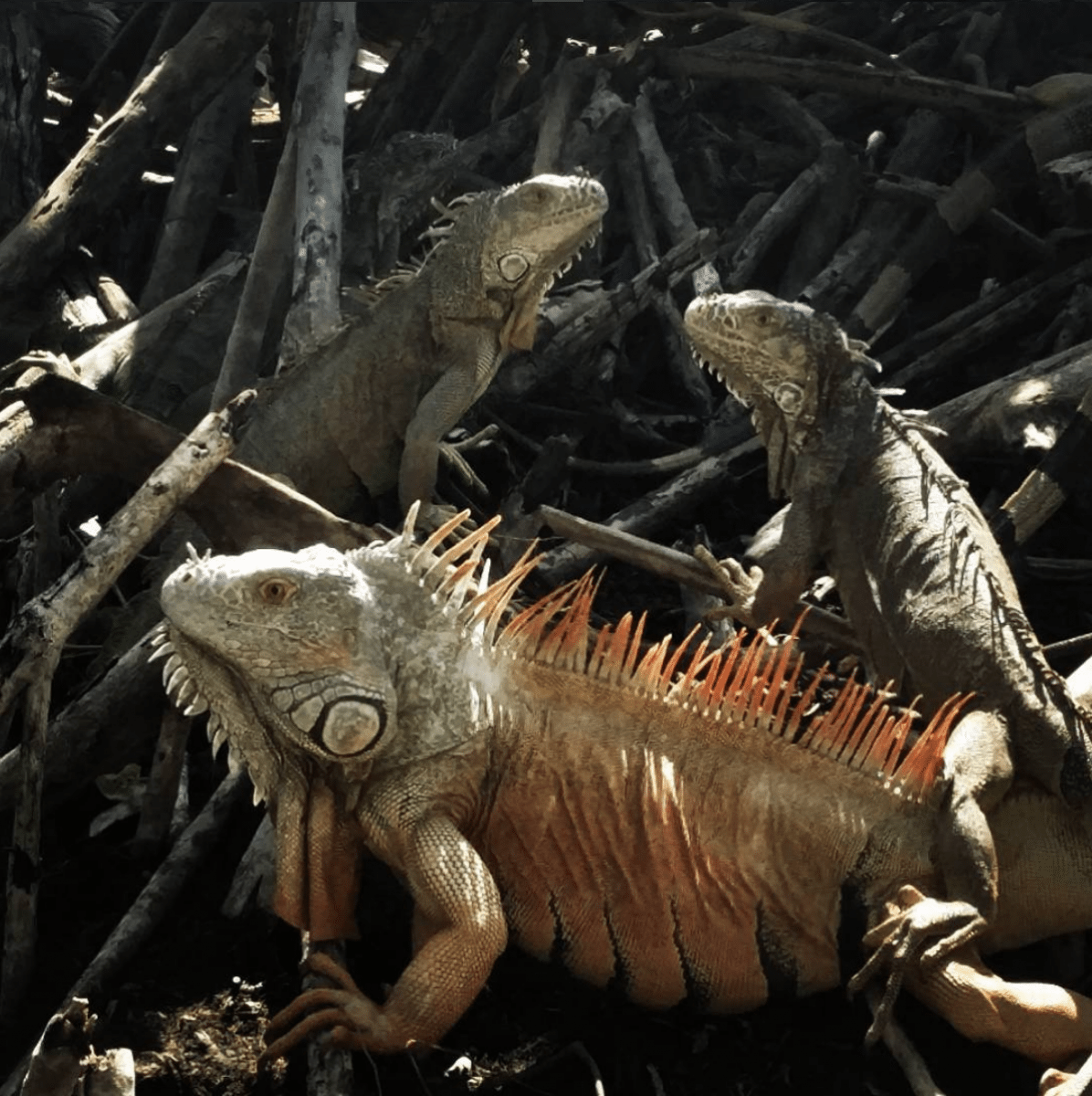 Finally, one of my favourite spots was at the punta cometa, the natural Jacuzzi there was much colder and fresher than the local sea but was an interesting unique experience for sure. The area itself is one of the best spots for a view of the sunset, which we managed to miss both times! There is an incredible mural of the view of the sunset in one of the local restaurants by the beach.

Chilling in the #natural #jacuzzi at the #punta #cometa #latergram #scenic

This year, unfortunately – we didn’t get to swim with the dolphins as there wasn’t enough gathered in one area, we also got an idea of how lucky we were last time as the friends we were staying with said they’d done that tour at least 10 times and the only time they’d swam with dolphins was with us.

We did get some great new experiences, though this time around and one of those was scuba diving, I’d had plenty of experience swimming in pools and body boarding in the freezing depths of Irish beaches so a warm tropical marine infested coral reef was an enjoyable new experience. What I didn’t have the experience of however was how choppy & strong the waves could be in these areas, leading to many a cut and scratches on my body from the reefs in the first beach we went to.

Lesson learnt for the following beach, which after some quick assessment ( the waves were almost non-existent) I decided this was probably a good time to try again. The beach we went to in Hualtuco was much more tourist orientated than Mazunte which reflected the surrounding area, though the water itself was extremely clean and the seafood in the local restaurants was delicious. Whilst we didn’t get to swim with dolphins and use the GoPro for that, we did manage to get some great photographs of the local sea life in the reefs here which I’ve included some of my favourite photographs of below!

On an interesting note, Mexico has now created the largest protected marine area in North America, looking at pollution records in the ocean, it’s a welcome move especially considering how beautiful the area is.

Being from Ireland, wildlife doesn’t go too far beyond house spiders, sheep & cows. Of course, there are lots of interesting animals like deer, foxes, badgers and much more though these are less common. The number of animals in Mazunte however are much more interesting. The spiders are supersized, there’s tarantulas, skunks, salamanders, iguanas and crocodiles* (*in the nearby reserve) Although unless you find yourself wondering alone around the reserve island with the crocodiles, there isn’t really anything that will kill you, the mosquitos though take no prisoners and you can easily find yourself in excess of 30 bites if you’re not careful with covering up with repellent (another first hand experience)

The area and surrounding towns of Mazunte are not modernized and the feeling is very much relaxing. If you’re used to 5 star hotels, it probably wouldn’t be your thing but there is a much more modern and touristy area available in Hualtuco

Whilst you need to be Mexican to buy land in the area, there are a lot of foreigners living in Mazunte and the surrounding areas, after talking to a Canadian we shared a taxi collectivo with, we learnt that as many as 30 Canadians owned houses in the area. There are certain times of the year where Mazunte is swarmed by tourists, last year we came before the Jazz festival and it was fairly quiet, this year we came after and there were a few leftovers. If you’re coming to visit, the best advice is to explore, do the local activities I’ve mentioned, come with an open mind, the locals are mostly very friendly & happy people who look after their land & surrounding environment well. Also if you strike up a conversation with a local, don’t just talk about yourself or where you’ve travelled, they’ve heard it all before – ask them about themselves & the local environment and you might get some great insider insight.