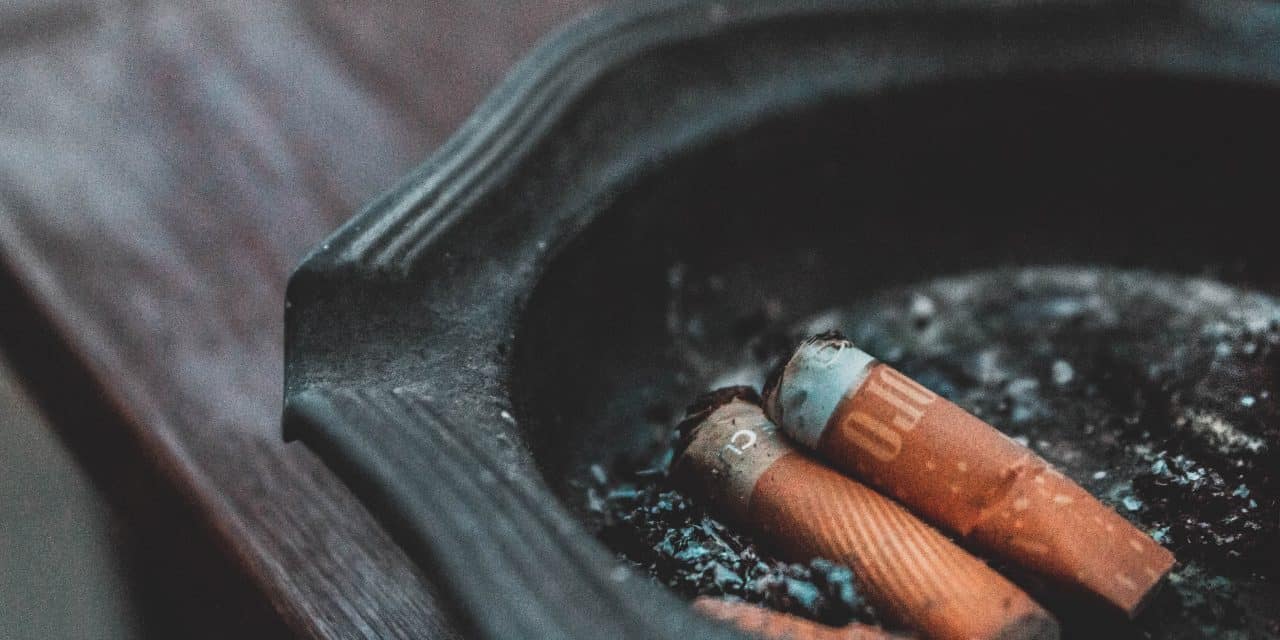 I won’t beat around the bush. Quitting smoking is one of the hardest things I’ve done in my life and probably in yours too. Addiction is a hard thing to overcome especially when your daily habits are so ingrained in them. The worst part is once you’re addicted to smoking, you never really lose the urge or the addiction regardless of how long you’ve quit unless you somehow rewire your brain.

I spoke to a personal trainer at the gym once who told me after he quit he trained himself to hate the smell of tobacco, whether he still get urges, only he knows.

Personally, I quit before vaping was in full swing and it’s probably made it harder than ever to quit for this simple reason.
It’s nicotine is the problem, doesn’t matter what fruity flavour it comes in or how less harmful it is for your lungs. The addiction to the cigarette is from the drug. Don’t believe me?

Do you ever wonder why those horrible images of lung cancer probably never convinced anyone to stop? It’s because there’s a lack of emotional connection to the picture. Probably because most people have an attitude of, well it won’t happen to me because of X Y Z. In order for you to commit to quitting or wanting to quit, it has to be for a personal reason that really matters.

Write the main reason you want to quit smoking down on a sheet of paper and then below it, write down all the negative things about smoking. Everyones different but generally stopping is beneficial for your health, your partners / children’s health or it could be financial. Whatever it is just make sure its your strongest reason that strikes an emotional chord when you think of it.

Why write it down? Well there’s some psychology behind it but the key thing is it will help improve your chances of sticking to it and in this fight, you need every advantage you can get.

Next up get a calendar and mark your quit date, avoid it being near anything too stressful or close to parties / weddings where you know you’ll have a few drinks, don’t be the new year new me crowd of temporary motivation either.

Step 2: Wane yourself down

Instead of going from 20,30,40 a day to cold turkey – it works pretty well to continually reduce by 1 cigarette a day / every 2 days. If you’re going to do this method though, it’s part of the discipline – you need to commit to it as this is part of the small wins that adds up to giving you the confidence and determination to stick with it. So if you have a stressful day halfway through and feel like you need an extra few, sorry but just deal with it, you’ve plenty more ahead. Self discipline is the most important thing.

This one for me was key, you need to replace one addiction / bad habit with a good habit and try to make it a healthy one. Anytime I got a severe craving I would blast out a set out of pressups until failure or find a way to take my mind off it. Learning to control your breathing / internal mediation helps out too.

At the time of quitting smoking I played American Football with the local team and being able to feel my progress athletically the longer I stopped smoking the more motivation I got to keep going. Being able to see and feel progress is a huge boost.

This also is effective because it gives you other goals and things to focus on that are in direct correlation and benefit to your progress of quitting smoking. It also helps you avoid a key trigger… Boredom

You can find some fantastic free workout programmes on DareBee

Understand the things that trigger your cravings and either avoid them or prepare yourself mentally for them.

What really gets craving going is stress, seeing other people smoking / smelling it, alcohol and habits. So at least early in your quitting / preparing stage, avoid the pub. Avoid watching films / TV shows you know people smoke in too, it really doesn’t take much.

Mentally prepare yourself to deal with stressful situations without smoking and as the next step states, learn to break your habits.

Baby steps here towards going full cold turkey, breaking out of the routine of how you do things while you are still smoking, will make it a bit easier when you do stop. Try leaving it till later in the day for that first smoke, don’t have it with a coffee, straight after breakfast, whatever.

To me this is the only way nicotine patches actually help is breaking the muscle memory of needing to smoke or needing your hand near your mouth. Better ways ( more natural ) though are to just have something to do with your hands that isn’t smoking like a stress ball

You might find this a contradiction given the previous step of breaking the habit of putting cigarettes to your mouth but I found it to be very effective.

As this is what I did to have a succesful 6 months of no smoking at the beginning of my quit and I only smoked half a pack over that span. Order yourself some Ginseng Cigarettes and anytime you get that urge, light up a non tobacco, non nicotine cig and I’ll be amazed if you get halfway. They taste disgusting and it ruins the craving just about every-time as instead of getting that nicotine head rush you just want to put the cigarette out instead. I didn’t count these as part of the quitting journey as there’s no nicotine involved.

At this stage it’s all about Discipline and holding yourself accountable.

I used a stop smoking app on my phone to track the number of hours / days I had made progress and the little medals and motivational slogans made it a bit more bearable. Mostly though its about pushing through and holding yourself accountable to your goals. It gets easier with time but if you can get through 30, you can get through 60, 90, 180 and so on.

I particularly recommend using an app that tracks the cost of cigarettes / how much you’re saving per day by quitting as its a good motivation and endorphin boost to see the progress.

For me, the first 180 days was a mixture of only going to the gym and pretty much locking myself away to focus on other things. When I would go out I would tell my friends a firm no anytime I was offered. It worked for about 6 months

My Method : The Promise

I’m not one to lecture because I still have a cigarette with friends every now and again but I haven’t touched one sober since my quit date over 5 years ago, so I’ve now not smoked about the same amount of years I did. I think the only reason I have managed to avoid going back on myself is..

I just have a very simple promise to myself, in that I’ll never touch another cigarette whilst sober. I have to have a few drinks first before I’ll allow myself even a drag of one or a vape. You might think this isn’t healthy or that it would just encourage more drinking / the urge to go to the pub. At the beginning sure it kind of did but with some mental self awareness and restraint I managed to avoid the pub a few nights for that reason or mixed nights that I did smoke with ones that I didn’t at all but I never smoked the same amount that I used to. So its of benefit

Well I tried 6 months stone cold turkey and whilst I was doing well, It was a miserable existence of having to avoid people on nights out, avoid certain parts of the bars and the smoking garden was always my favourite, it’s the only place as we all know you can have a good conversation without music blasting your sentences apart.

My logic is you live once, accept you have a vice and enjoy the odd one but beat the addiction and in my eyes, if you can’t go without them sober, you’re addicted. I told my friend once before he started smoking that you’re not addicted until you have your first one sober and sure enough he went months just drinking and having them the odd time, then one day he bought a packet for a night out, smoked one on the way back to the house and found himself smoking everyday after.

It’s not perfect but I rarely get cravings and I now go for months at a time without smoking and not rarely thinking about it. I’ve never had the urge to buy a vape pen or buy patches or hypnotherapy or whatever else is out there because of it. I thought once maybe its because I still have the occasional few every few months is the reason I still have cravings but I’ve spoken to people who have been completely nicotine free for decades and they have told me they still get the cravings.

So try it out, if you think you can do it without the promise, go for it. It’s all about discipline, accountability & mindfulness at the end of the day. If you can beat cigarettes you can do pretty much anything you set your mind to. 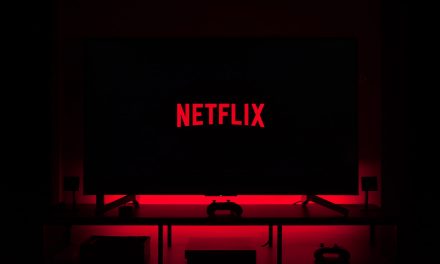 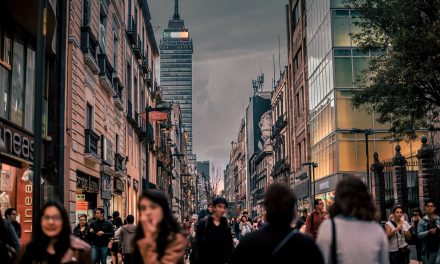 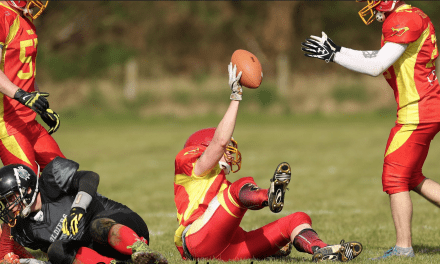 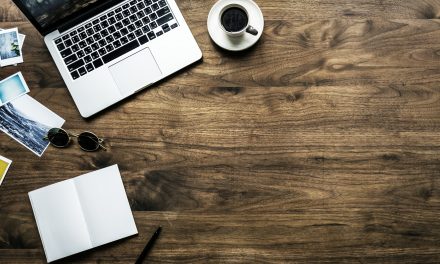