Before someone reads this article and assumes I’m some kind of apple fanboy who’s never written a line of code. That isn’t the case, I grew up with computers, in particular using the original DOS text editor for starting up various games (side note personal favourite – Simon the sorcerer)For 19 years of my life I used every variation of windows from 95 to windows 10. I just honestly preferred Mac OS for usability and lack of hassle once I tried it. Limiting sure but once you’ve transferred across to mostly media usage and creation you quite enjoy not seeing blue screens of death or crashing or software/hardware clashes.

I began using Apple computers around University for how well designed they were for creative suite programs, in particular, the Adobe range – Photoshop, Illustrator, Premiere, After Effects etc. The software gap between the operating systems has narrowed down in recent years but the reason I’m genuinely not thrilled about the new Apple MacBooks is the hardware.

Apple insisting to always be at the forefront of innovation is sometimes highly productive & forward thinking. Other times it comes across as just plain cash grab greedy. Like for example in the latest model of the Macbook pro. For the sake of a thinner laptop they have – reduced the battery size & time, removed HDMI, SD and something you probably use on an hourly basis – USB ports. Apple has replaced these ‘ kinds of vital’ ports with thunderbolt 3 & USB C ports, useful if the portion of the market that actually uses these port types wasn’t like 0.0000001% of the device market.

Of course, Apple offers dongles for each device and variation, which you will obviously need. This has always been my biggest issue with Apple products is their need to be different from all other competitors and effectively shut out 3rd party devices. Now considering their market the most recent changes seem arrogant to the extreme. Photographers now have to spend extra for a dongle to plug in their SD cards to offload photographs, fancy screen/resolution or not this seems unnecessary. Designers/videographers wanting to show their latest project on a projector/television now needs to carry an extra dongle for an HDMI converter. Unless Apple is arrogant enough to think everyone will buy Apple TVs ( spoiler – they won’t ). Finally for the 99% of the world who charger their phone off their laptop on the move – they now need to pay for an extra dongle.

The most pointless addition

The MacBook Pro is supposed to be a media professionals laptop.

Media professionals are more than aware of keyboard shortcuts, which completely removed the necessity for an extra section of the keyboard which, for most users just causes frustration due to their fingers accidentally tapping it. Or with random bugs it’s caused on screen.

I have a 2012 MacBook Pro Retina, with this I can adjust my system elements with the top row already, I can also access the function keys by pressing FN. Any emoji frequent user knows the shortcuts to use them and any real designer would never use a touch drag colour selector. The touch bar might be the worst design choice of any laptop. 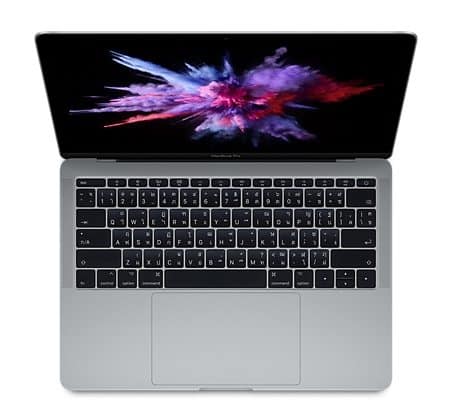 The trackpad is unnecessarily large and having tried it, I can confirm multiple times you would accidentally activate the two finger press features due to your hand resting on the MacBook. Beyond having one of the best screens and being slightly more powerful than the previous model. Everything else is either a step backwards or a step into the absurd for this MacBook from which Apple has clearly lost the point on who their target demographic is.

If you have got a good recommendation for a replacement for a media-heavy laptop with a focus on reliability then feel free to drop a comment with your thoughts below.